I love all animals, but cats and dogs have a special place in my heart. I grew up with dogs, but I got my first cat about three years ago. While I still love dogs and hope to get one of my own eventually, I have found cats to be much better companions than I originally thought. 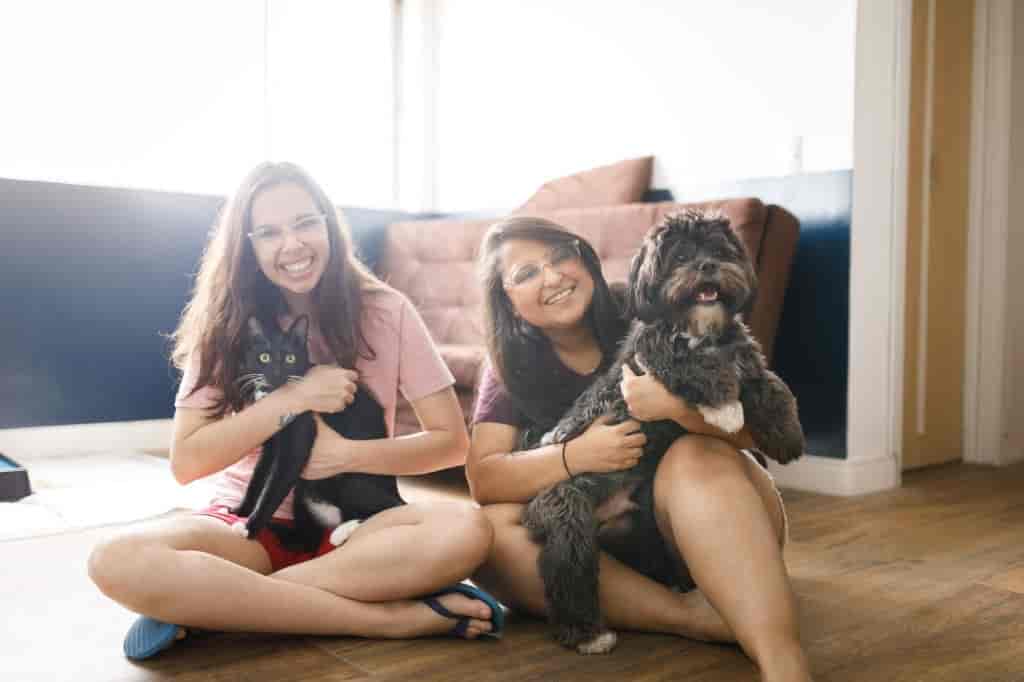 There are those who proclaim themselves as dog people and those who proclaim themselves as cat people. But, as someone who has had both kinds of pets, I can now see that cats can be just as great (and possibly even better) pets than dogs. It all depends on your lifestyle. There are many misconceptions about cats – that they are uninterested in companionship, that they are lazy creatures. But cats can be just as loyal, playful, and fun as any dog. In addition, they have some benefits over dogs, such as being objectively easier to care for.

This list will make you a believer that cats are better than dogs. 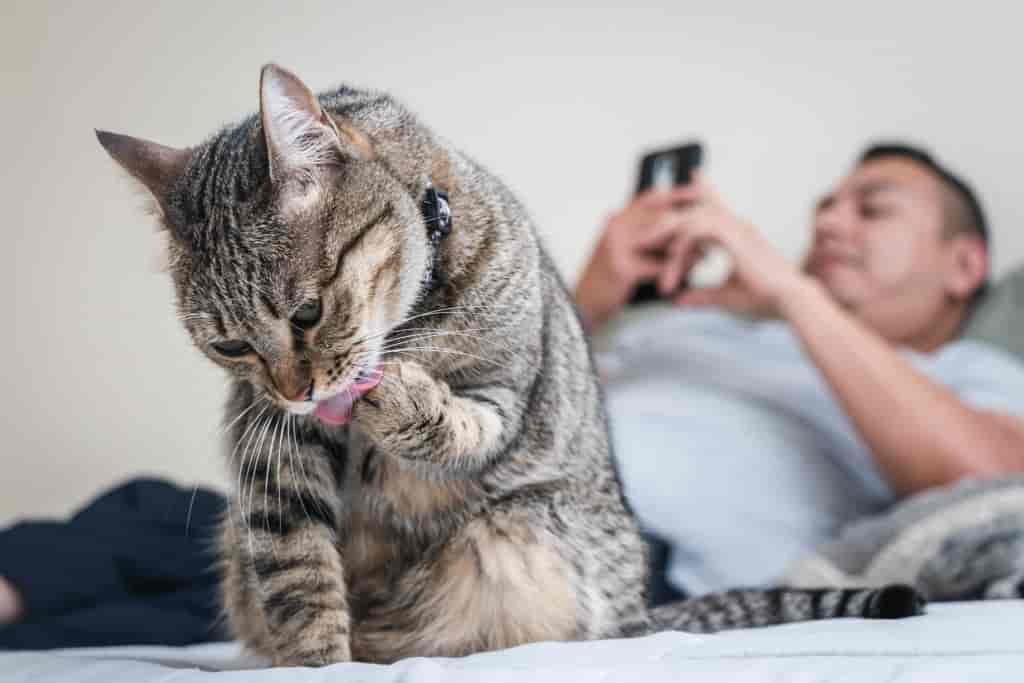 One of the things I love about cats is their fastidiousness when it comes to grooming- in fact, they spend around 50% of their waking hours grooming themselves! Dogs, on the other hand, love rolling around in the dirt- something that is a little less appealing to me.

Cats are usually fine with just quick grooming, but some dogs need a weekly bath to keep them clean – especially if they’ve been rolling in the mud! In addition, some breeds of dogs need to go to the groomer regularly for a trim, which can get a bit expensive. 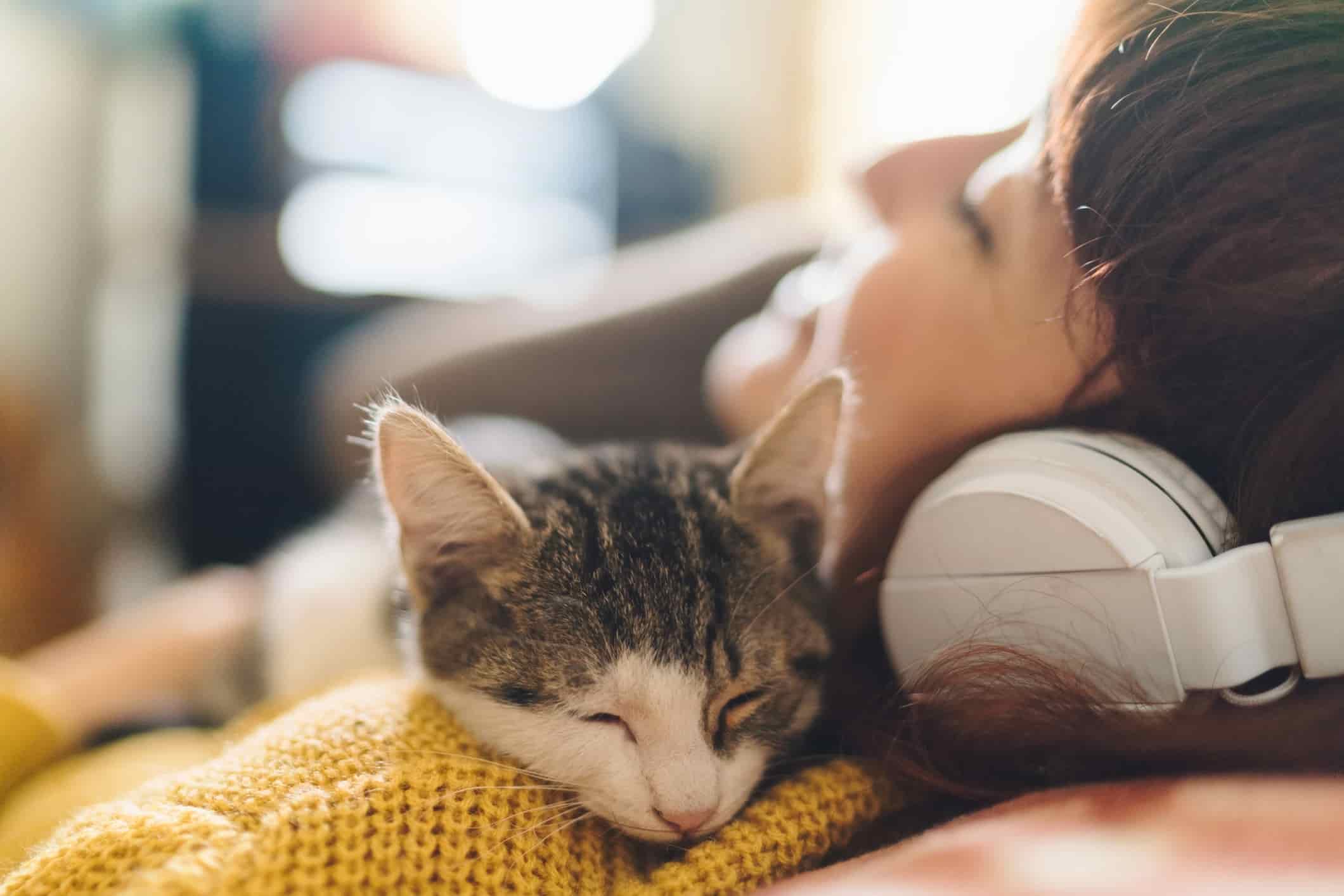 I have had the pleasure of owning a German Shepherd in the past. They are excellent guard dogs and will protect your property well. However, you also have to be prepared to live with their loud barks!

Contrary to popular belief, cats are actually much quieter than dogs. Even the noisiest and chatty breeds make much less noise than a loud barking dog. Most cats are very quiet, with the occasional meow when it’s feeding time.

In fact, cats come with a wide vocabulary that includes trills and chirps. They spend much of their time quietly contemplating their surroundings, leaving you in peace to get on with things. The same may not always be said for dogs! If you live in close proximity to your neighbors, you’re unlikely to get complaints about a meowing cat, but you may about a barking dog! 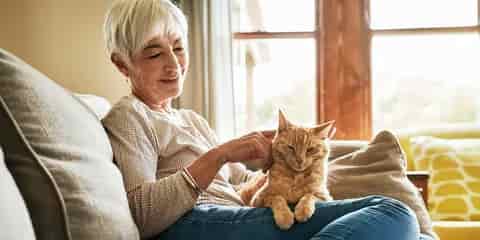 In general, cats are much more self-sufficient than other pets. They don’t need to be taken outside multiple times a day for bathroom and exercise walks, and they also don’t require nearly as much training as dogs. Cats are also self-cleaning, which means you don’t have to spend time and effort cleaning up after them.

Though cats still need love and attention, they are independent creatures that don’t require as much interaction as dogs. A cat is content to curl up next to you while you work, while a dog may demand your undivided attention. Cats can also be left home by themselves while you are at work and are much less likely to destroy your house while you are gone.

4. Cats Don’t Need to Be Taken Outside 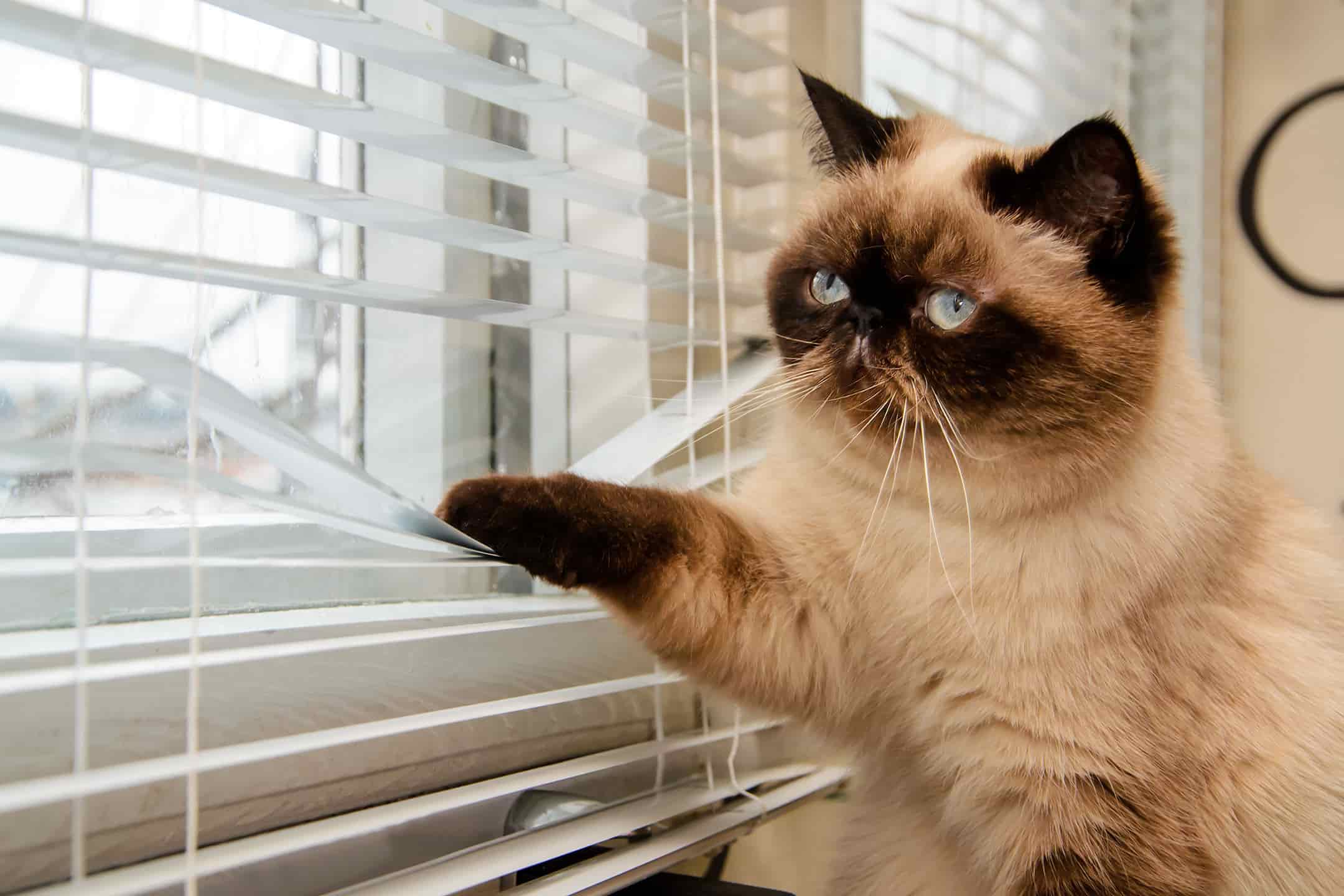 There is no need to take your cat outside in the middle of the night to do their business. While no one enjoys cleaning the litterbox, it is still much easier and less of a burden than having to go outside in the darkness or bad weather and having to carry around little baggies of your furry friend’s waste until you can get to a garbage can. 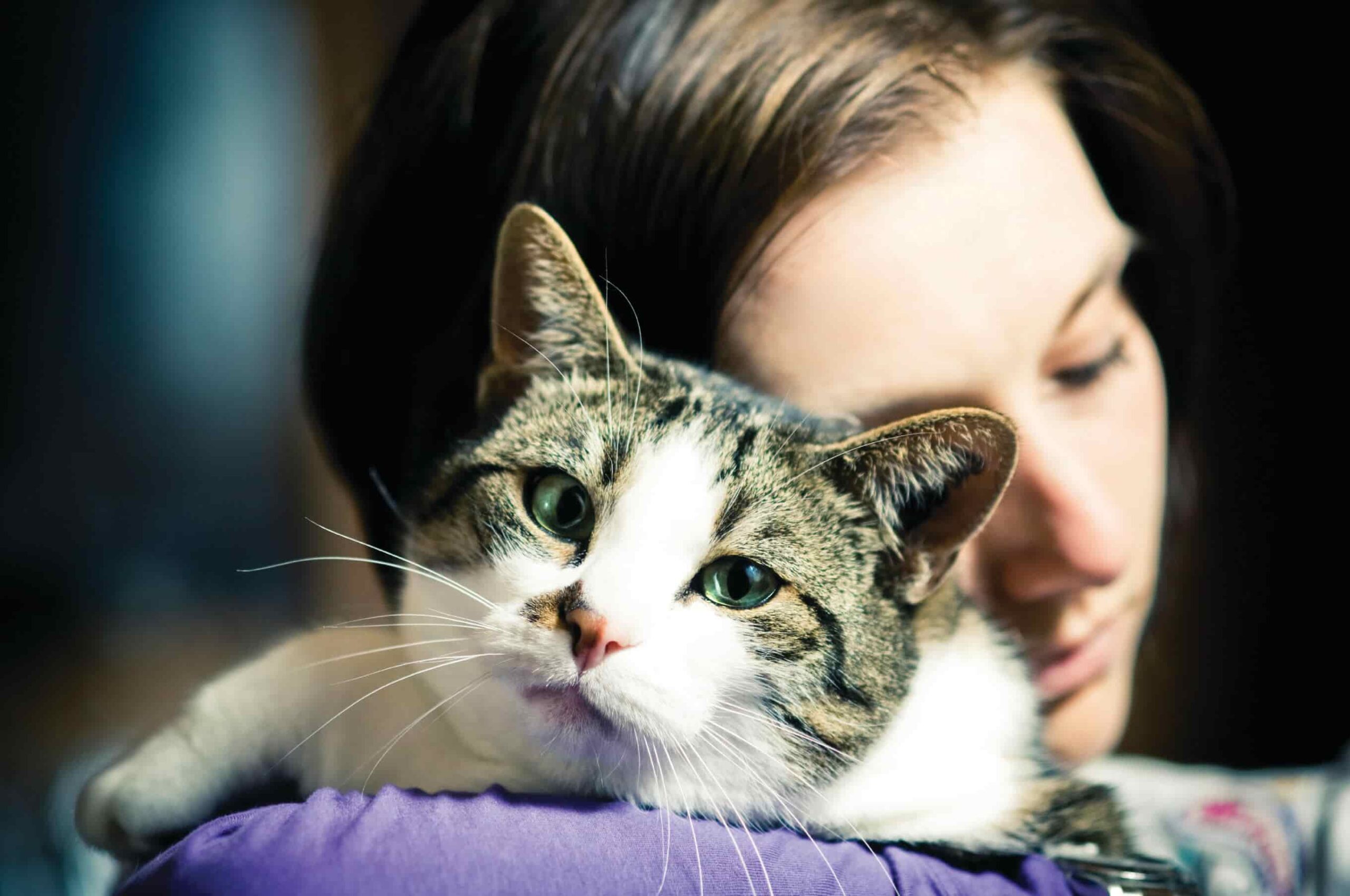 There’s nothing quite like a hug from a furry feline friend to make you feel better when you’re down. If you’ve ever owned a cat, you know that they’re experts at providing emotional support. Contrary to popular belief, cats are actually very affectionate creatures and love to be around their people.

Despite not being able to talk, cats seem to know how you’re feeling. Many cat owners who are suffering from emotional distress find they get great comfort from their feline friends.

6. Cats Protect Your Home From Pests 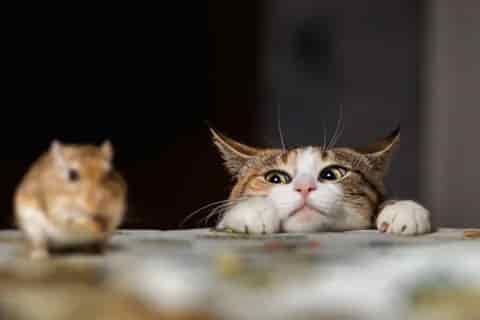 The presence of a cat is usually enough to keep mice and rats away. If a rogue rodent does find its way into your house, however, your cat’s natural predator instincts will kick in. Though it can be gross finding remains of your fluffy friend’s hunting victories, it still beats having vermin running loose through your home.

A well-fed cat is a happy cat, and a happy cat is a healthy cat. Not only do cats keep your home safe from pesky insects, but they’re also known to be excellent hunters. So, before you go out and purchase an expensive bug zapper, consider investing in a furry friend instead. Just be warned that not all bugs are tasty to cats – your cat may not be too keen on eating ladybugs! 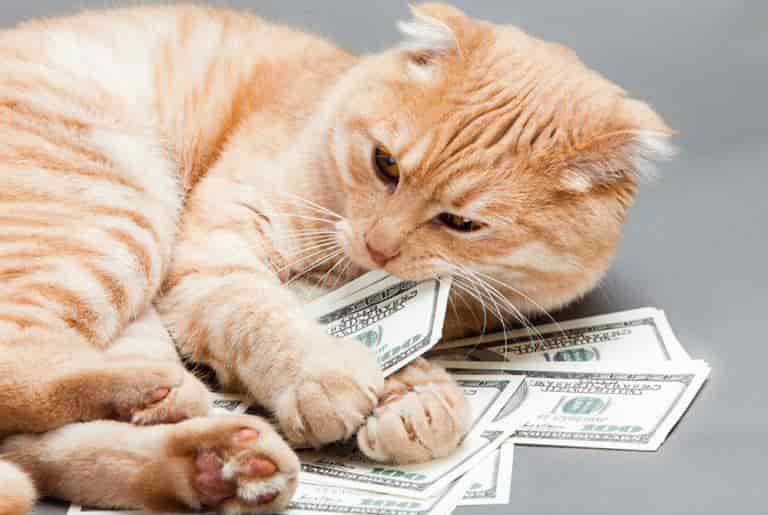 One of the many benefits of owning a cat is that they typically come with a lower price tag than dogs. Not only are cat supplies cheaper, but vet care is typically less expensive for our feline friends. Cats are smaller than most dogs and require fewer purchases, making them a more affordable pet option overall.

Cats are usually perfectly happy with “toys” that don’t cost anything. My cats’ favorite toys are pieces of cardboard, milk jug rings, and those silicone bracelets that you get from donating a couple of dollars to certain charities.

8. Cats Can Be Left Alone Longer Than Dogs 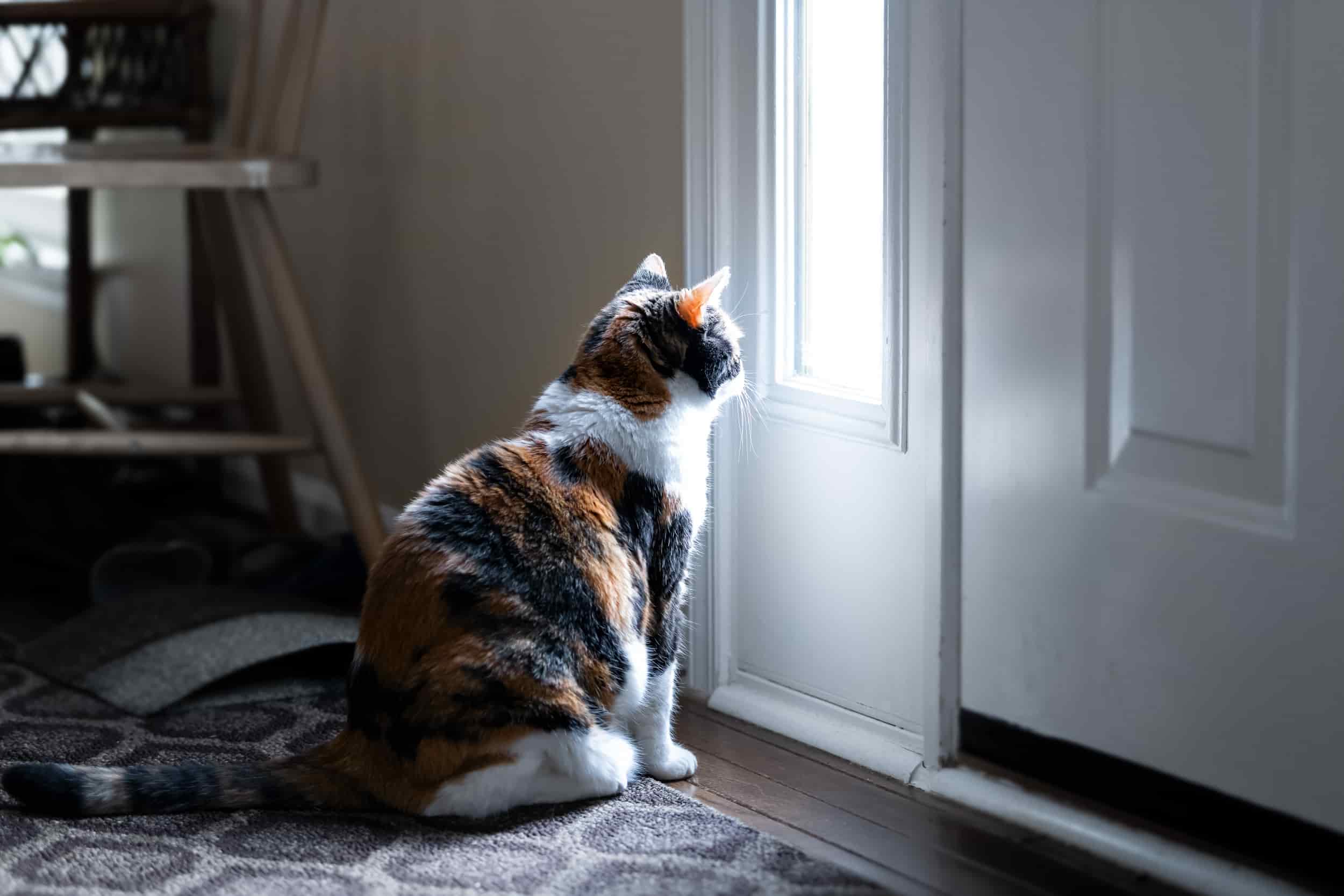 Since cats don’t need to go outside to relieve themselves, they can be left at home alone all day while you’re at work without having to worry about coming home to any unpleasant surprises on your living-room carpet. Cats are also less prone to separation anxiety, so they can tolerate being home for longer periods of time without their human (though it is still best if you have a pair of cats to keep each other company).

Although cats can be left home alone for a couple of days, it is always better to have a pet sitter if you are going to be gone all weekend. Leaving enough food and water and having enough litter boxes will make the cats just fine, but it is always best to be safe. 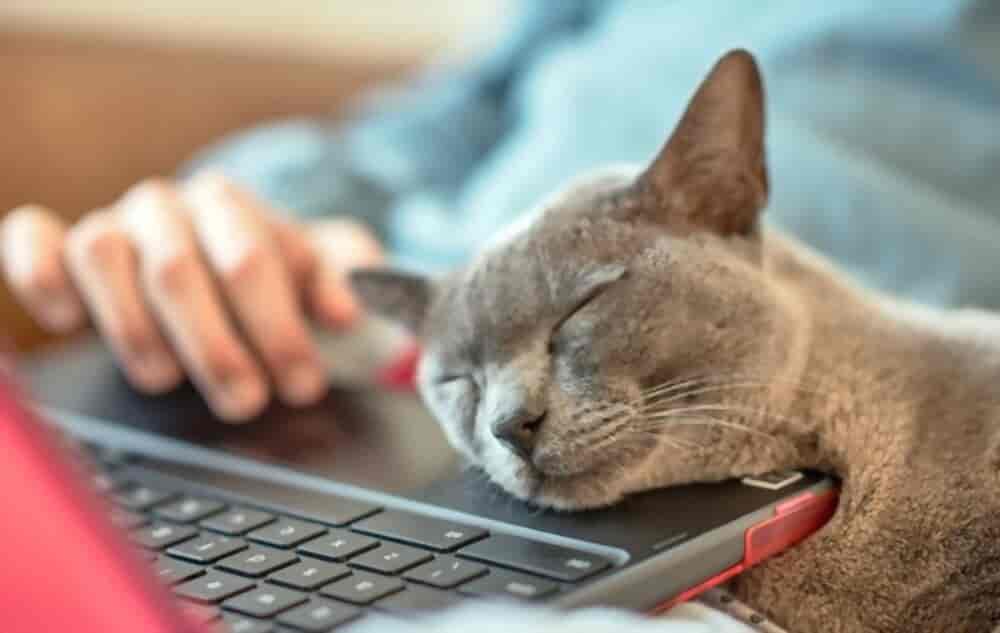 If you live in an apartment, you are more likely to be allowed to have a cat than a dog. Many apartments allow tenants to have a cat or two but don’t allow pet dogs.

Cats also take up less space, so they will be happier living in an apartment than a dog would, especially larger breeds. Because cats use the litter box and don’t need to be taken outside to use the bathroom or to exercise, it is easier to keep a cat in upper-level apartments than a dog. You won’t need to bring it down the stairs multiple times a day.

As mentioned above, cats make far less noise than dogs, so neighbors in your apartment building won’t be bothered by a cat’s meows as they may be by a barking dog. 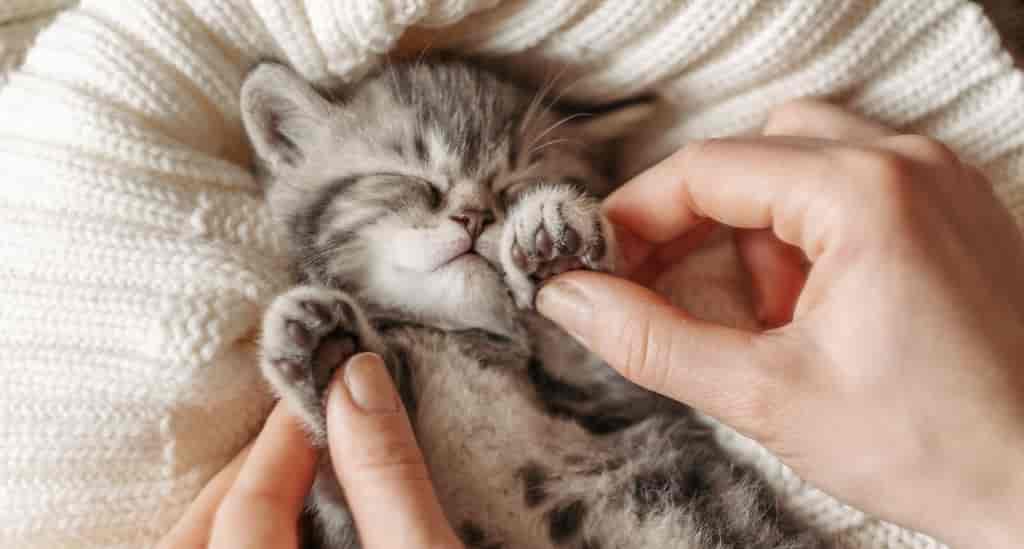 One of the hardest things about being a pet parent is the heartache of losing your beloved cat or dog at the end of their life. Sadly, both cats and dogs have short lives compared to us, which means we have to say goodbye sooner than we’d like.

However, while a healthy cat could reach late teens or twenties, the average life span of a dog is somewhere between 8-12 years. Non-pedigree cats though tend to live longer, with the same rule applying to dogs.

This is due to genetics as variations in genes through natural selection often produce healthier offspring.

Cats vs. Dogs: The Great Debate

Cats often get a bad reputation from dog lovers. If you’ve had both cats and dogs, you know that cats can be just as wonderful, loving, and playful as any dog. Cats make great pets and are ideal companions for people who work full time or who live in an apartment. They are less expensive to keep and require less maintenance than dogs. Overall, cats are wonderful pets and will provide a lifetime of love and affection, just like dogs – but with a little more independence!