While I do not have the same powers as Doctor Dolittle, I have always fantasized about being able to understand what animals are thinking and feeling. This is because if I could know these thoughts, it would give me valuable information. 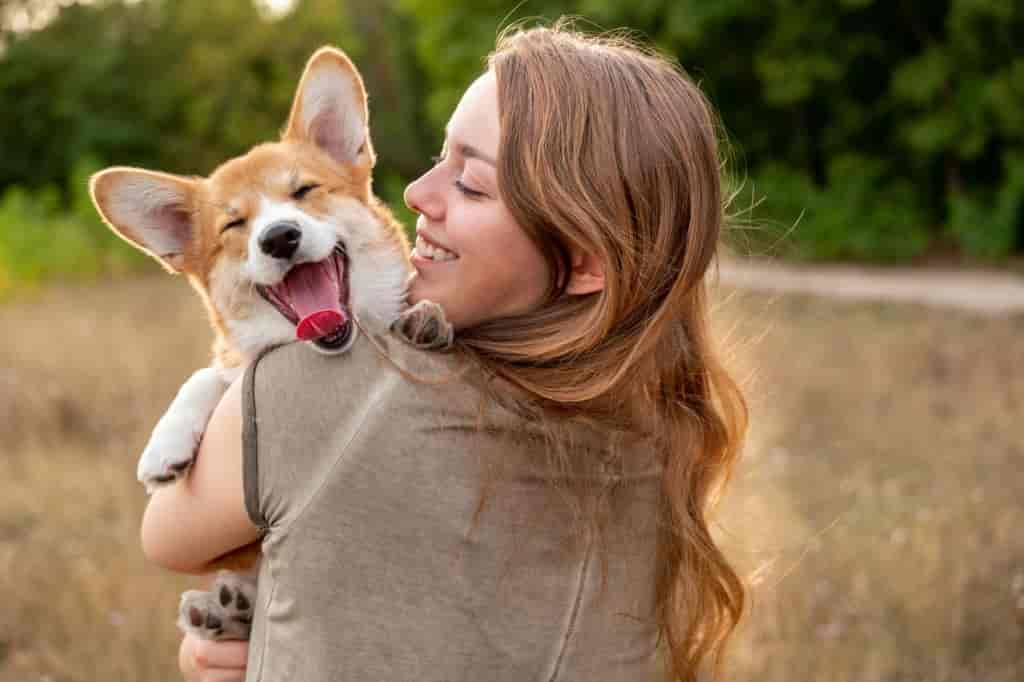 I’m constantly asking myself, “why does my dog bark at the vacuum cleaner?” “Why does he hide in the corner whenever rain starts to fall?” Heck, I don’t know! However, new developments in the science of dog communication can tell me if my pup is happy with me.

We love our dogs. And it turns out they love us, too. Through a study of the dog genome, scientists have uncovered that because dogs and humans have been intertwined for so many years, dogs have developed their own way to express their love for us – a way of saying “I love you” we can understand.

We all know that dogs love their owners. The signs may be subtle, but they’re unmistakable. Check out these 10 sure-fire ways to tell if your dog absolutely adores you:

1. Staring directly into your eyes. 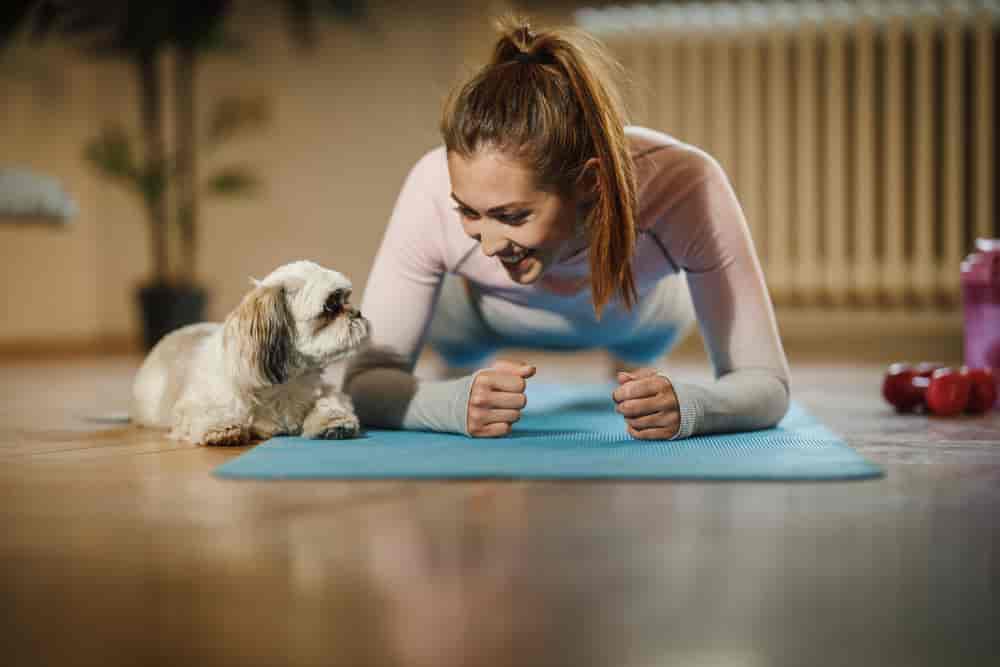 Anderson Cooper interviewed dog expert Brian Hare for 60 Minutes. They discussed how dogs express love. According to Hare, when your dog looks into your eyes, he is doing some serious hugging with his eyes.

When you play with your dog or just cuddle with him, a hormone called Oxytocin is released. This hormone is what helps mothers bond with their babies. But if you want to test this out, don’t go home and stare at your doggy. He’ll sense something is off and look away because he feels awkward.

Instead, try to make eye contact with your dog. Notice how he reacts.

2. Yawning when you yawn 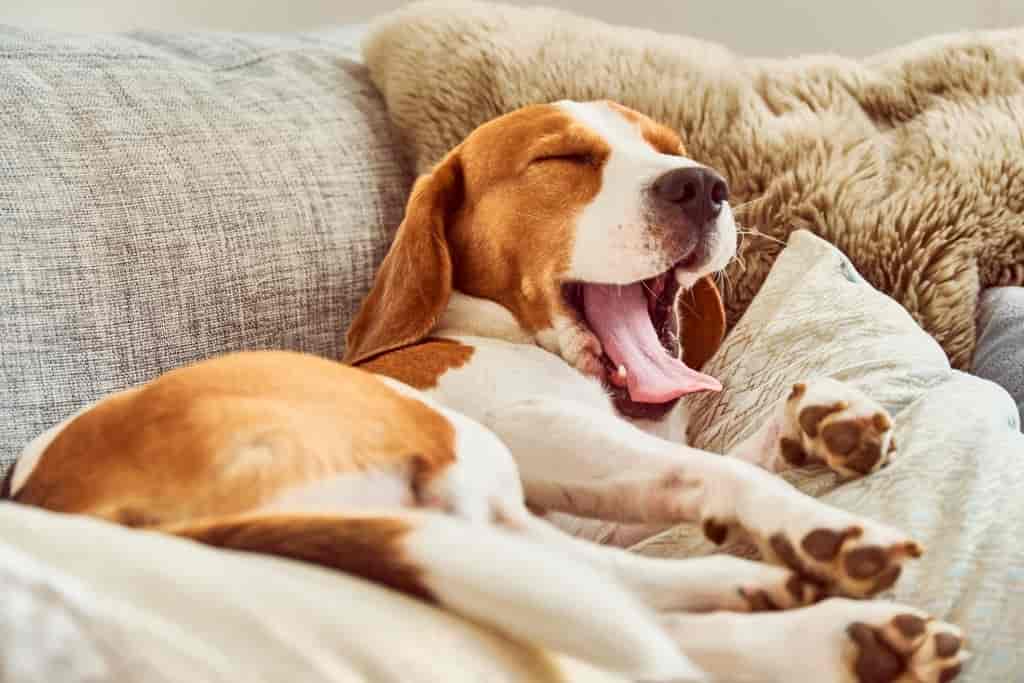 Yawning is contagious. For example, when we see someone yawn, we might yawn too. Dogs, because they’ve been bred to read human emotions, also yawn when their owner or a loved one yawn.

A study found that when humans see someone yawn, the reflex in their brain is one of empathy. It’s impossible to know if dogs have empathy, but it’s possible that a dog will yawn at the same time as a human because they’ve bonded with them.

The study found that dogs were more likely to yawn when their owner yawned and not a stranger. 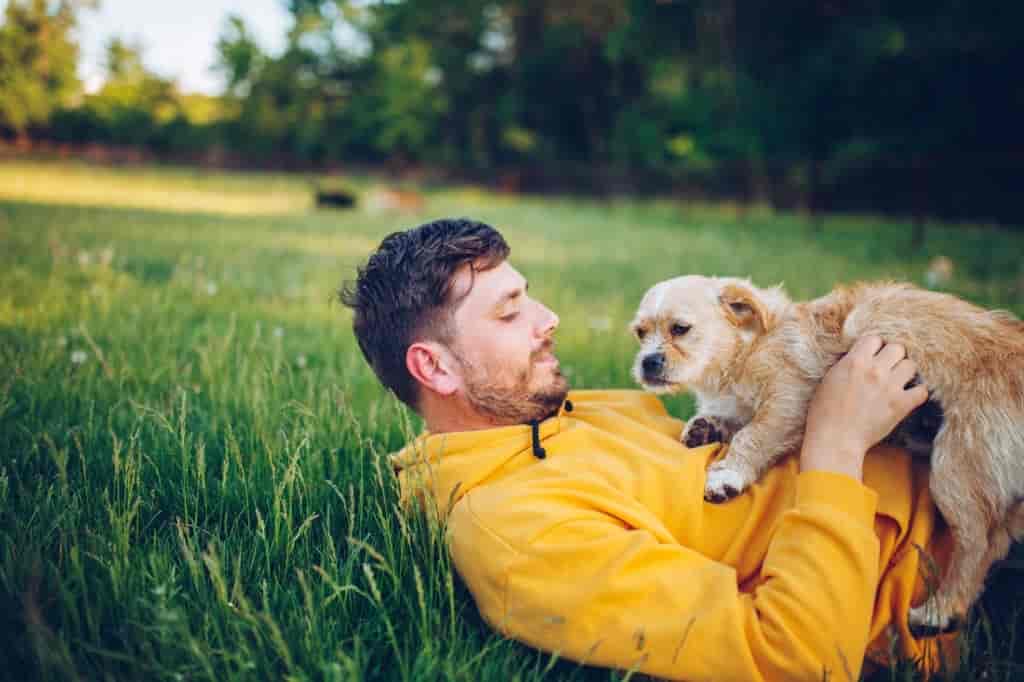 “Lean on Me” is a song about offering support. Dogs also crave to feel security and sometimes lean on humans for that same feeling. This type of affection can be due to the dog feeling anxious, wanting the human to do something, or take the dog somewhere.

Your dog leans on you when he’s nervous? He does it because of his trust in you; to keep him safe and protected.

4. Cuddling with you after a meal

Do you think your dog loves you? Gregory Berns, in his book How Dogs Love Us, says that if they cuddle with you after eating, it’s a strong sign of their love.

Though most dog lovers and non-dog lovers know that dogs are motivated by food, Berns found that once a dog has eaten all its food, its next action can signify what’s most important to him besides eating.

There’s a special bond between a person and their pup. Even if your dog does his “business” right after you feed him, there may be something to be said about how he reacts in the morning and at night. If he’s ready to cuddle up with you after one of these meals, then the feeling may be mutual!

I think we can read a dog by its tail, but their facial expressions are much more telling.

In a recent study in Japan, dogs had their reactions to four different items recorded. When a dog saw his parent, the left eyebrow would raise, and when seeing a stranger there was less facial movement; the right eyebrow moved slightly. In addition, when the dog saw a toy he liked, there was a lot of movement in the eyebrows, and when they saw an item they didn’t like, their eyebrows weren’t very active.

People used to think that if a dog panics when left, it means they love its owner. But Gregory Berns, the author of “What It’s Like To Be A Dog,” says that’s not always the case. For some dogs, panic is just a sign of separation anxiety, and it’s not necessarily an indication of love.

Leaving your dog alone at home can be a nerve-wracking experience. The best way to know if your dog enjoys being left alone is to observe them when you leave. If the dog goes into its crate or is calm when you leave, it’s likely that the dog trusts you and feels confident that you will return.

7. Freaking out when you return 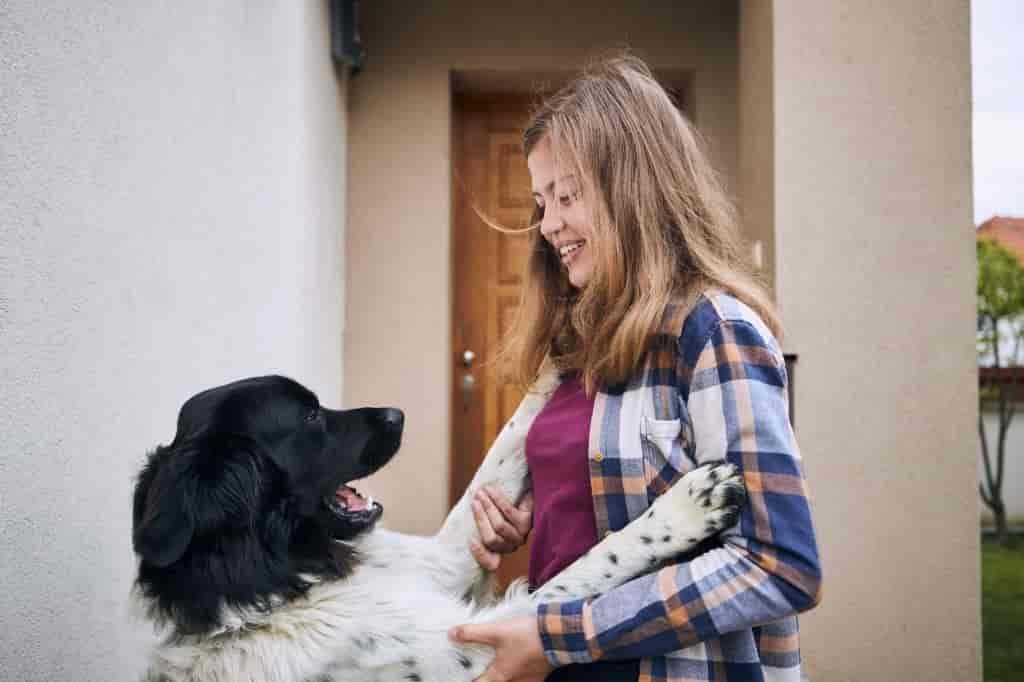 Dogs make us feel special. When we come home, our dogs greet us with wagging tails, favorite toys, and jumping. We’ve all seen a dog do a crazy kangaroo hop!

Dogs are known for a lot of things. We love them bunches, but one thing they do that we really love is nuzzling their noses against our skin. It’s a distinctive way they show their love to us — and it’s love in its purest form.

8. Sleeping in your room

It’s a widely debated topic. Does your dog really love you if they sleep in bed with you? The answer is yes. If your pup wants to sleep in your bed, there’s no denying that they adore you.

It’s a good test of loyalty if a dog wants to sleep on your bed. Dogs don’t want to be separated from the pack, so if he is comfortable with sleeping on your bed, it would mean he’s loyal.

9. Bringing you his favorite toy 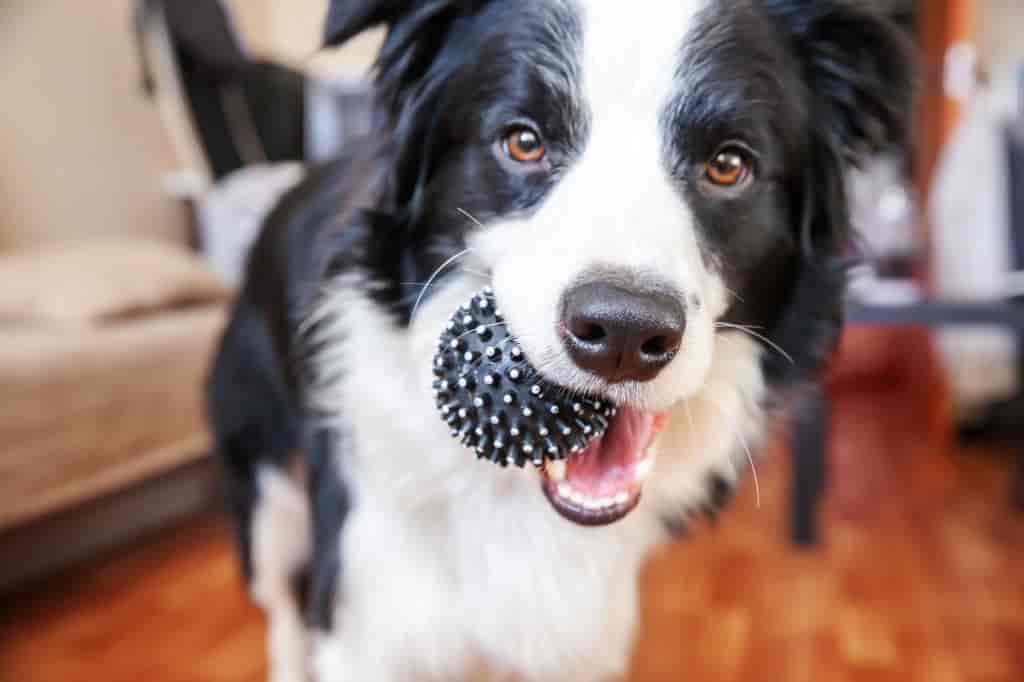 If your pup brings you his favorite, most coveted toy, it may mean more than ‘I want to play’. The ball may also signify your pup’s feelings towards you. They are conveying affection and you are their pack leader.

He feels just as excited about you finding a new toy or a tossable Frisbee as he does. Maybe he’ll find something that he’s been looking for and you’ll need a new toy for your dog. Either way, he wants to share his joy with you and give you something he thinks you’ll love. 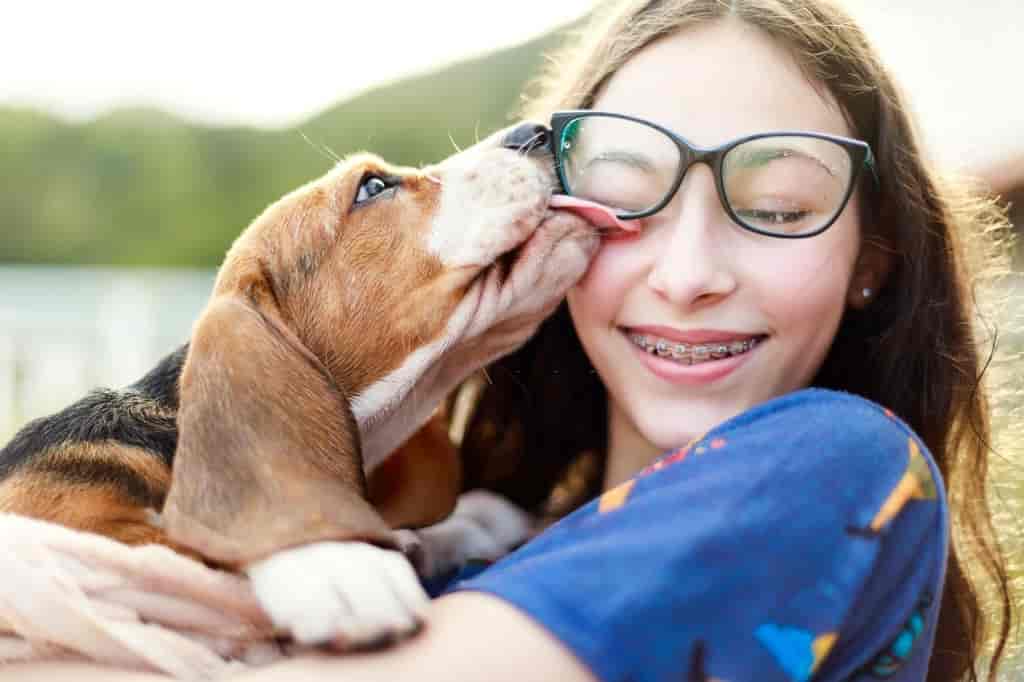 Do you love your dog? Yes, dogs can actually sense whether or not you love them. Gregory Berns, a neuroeconomist and director of the Emory University Center for Neuropolicy, has been studying the behaviors of dogs for over 15 years. Gregory says that while there’s more to being a dog than being a pet, our love for them can actually be sensed by them.