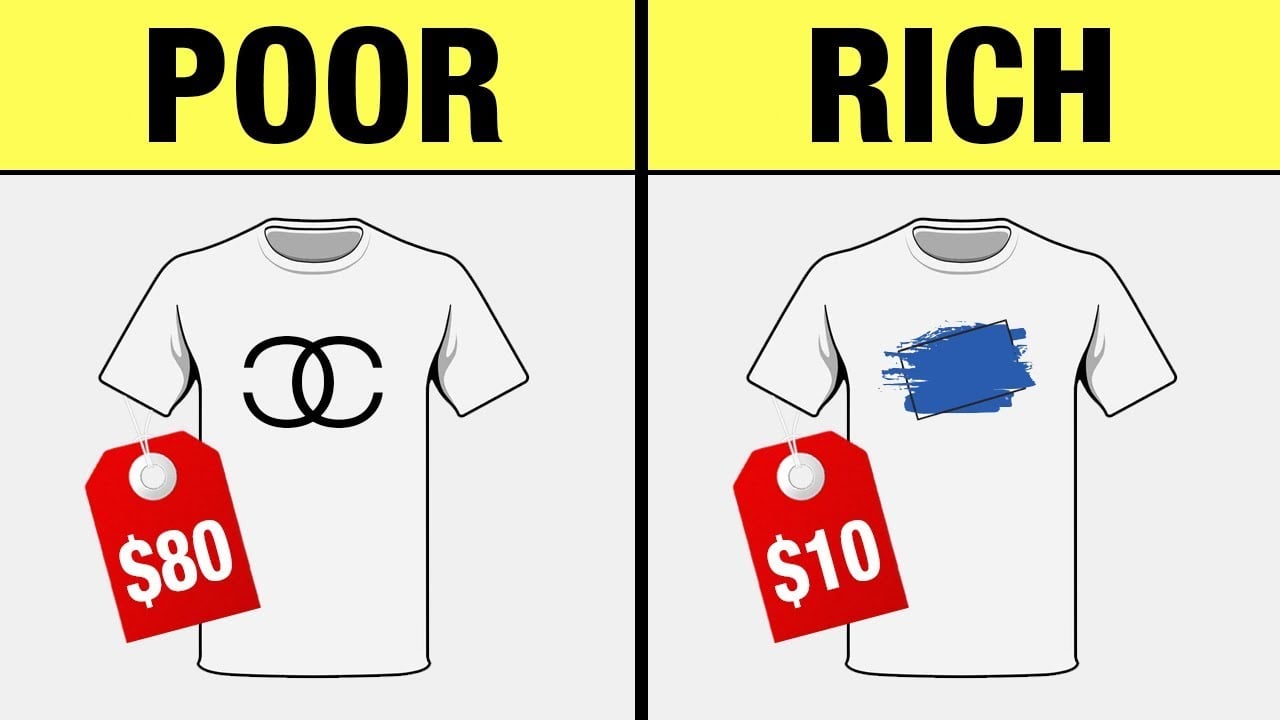 Millions of people around the world dream of becoming rich, but very few achieve it. Why is that? Is it because of a lack of intelligence? No. Is it because of bad luck? Nope. You may think wealthy people are born into wealthy families and inherit money – in some cases, this is true, but this is not the case for the vast majority. In general, rich people achieve success, as a result of their mindset and certain daily habits. You see, rich people are not better than the rest, it’s just that they do some things that poor people don’t, and this sets them apart. Let’s find out what some of these things are!

1 – They Control Their Destiny

While the ‘victim mentality’ is much more prevalent among the poor, rich people truly believe that they can impact their own destiny. No matter who they are, where they’re from, or how they accumulated their wealth, rich people have one thing in common: They take charge of their own lives. Therefore, their success is a foregone conclusion – not just a pie in the sky wish.

2 – They Choose To Get Paid Based On Results –

Not Time People who end up well off, usually do so by betting on themselves, and that includes focusing on getting paid for results, not just their time. So instead of lounging, lugubriously and aimlessly through the day, or staring at the clock – hoping time goes by quickly, they’re incredibly motivated to be as productive as possible, and do quality work in the process.

3 – They Associate With Positive People

Rich people know that attitude is everything. If they were to continually hang out with people that complain about the weather, bad-mouth the government, and speak negatively about the state of the economy, then they would start doing the same thing! Instead, they make a conscious effort to hang around people who constantly talk about success, opportunity, and positive things in life.

4 – They Are Constantly Educating Themselves

One of the most powerful habits of the rich is that they are constantly looking to learn, develop, and grow. They fill their day with educational podcasts, reading, and self-development. Consider that 86% of wealthy people love reading daily, compared to only 26% of poor people. But what they read is just as important as how much they read! A rich person’s reading material of choice is nonfiction; usually, self-improvement 88% of wealthy people spend at least 30 minutes each day reading on that subject.

Rich people are action-oriented, and they prefer an education that serves a concrete goal. Education is important, but becoming excellent in a specific area is even more important. Rich people become rich by being excellent at doing something, or by doing something that nobody has dared to do. College drop-outs, following their start-up dreams to become billionaires, are a long-lasting cliché. But the truth is that developing specific expertise early on will give them an edge.

6 – They Have Clear Goals

Studies show that the single most important benchmark of achievement is creating clear goals, committing them to write, and holding yourself accountable to them. That’s exactly what rich people do with money. They set clear, quantifiable, and measurable financial goals, whether it’s with income, savings, or their 5-year plan. Rich people don’t just write down their goals and then hide them away in a drawer, never to be seen again. Instead, they frequently check in with their progress and growth. In fact, 62% of rich people say they focus on their goals every day, versus only 6% of poor people.

Wealthy people understand that risks lead to rewards. As a result, they’re more willing to go out on a limb – but the risks they take are calculated not reckless ones. Furthermore, the rich know exactly what they stand to lose if a risk fails to deliver its reward. They are more likely to have contingency plans in place to minimize potential fallout if things don’t go according to plan.

8 – They Are Outrageously Ambitious

Ambition is an essential part of achieving success, and rich people are very ambitious. They use ambition as the motivation they need to push forward. They set their sights high, and they are sure in their belief that they can create their success. Poor people, on the other hand, the reason that challenging goals invites stress and leads to neglect of loved ones. They typically associate ambition with self-promotion and selfishness.

9 – They Grow Bigger Than Their Problems

Poor people see a problem, and they chalk it up to bad luck and quit trying. The rich run into problems and might scratch their heads for a while, but they don’t give up. They’ll work and work, until they discover a solution to the problem, so they can win in the end.

10- They Focus On Net Worth, Not Working Income

Poor people often talk in terms of hourly pay, whereas wealthy people know that an hourly income is not nearly as important as someone’s net worth. One can earn quite a lot of money per hour, but if they don’t learn to keep any of it, they will still be broke in the end. Rich people know that large net worth will net many opportunities and will create more wealth in the future.

11 – They Are Willing To Promote Themselves And Their Value

Rich people aren’t afraid to tell you what they’re great at. Most of the time, they aren’t exaggerating – it’s the truth. Poor people might be great at many things, but they always seem to downplay these things to nothing – mainly because they’re not confident in themselves. As a result, their skills often go unnoticed and remain undervalued.

As the saying goes, “it’s not what you know, but who you know” – and the wealthy understand that to be successful, you must surround yourself with successful people. Wealthy people, constantly network form relationships and surround themselves with mentors and other motivated people. Whether it’s learning how to invest wisely, or getting new clients, ‘your network equals your net worth,’ and rich people take that very seriously!

13 – They Are Frugal In general, rich people avoid overspending.

Just because they could spend thousands of dollars on designer outfits, doesn’t mean they do. They invest their time in comparison shopping and negotiation, getting the best deals for their dollars and save more money than they spend. They develop reasonable budgets and stick to them.

Rich people teach their kids to be rich. The average family unconsciously passes down the same limiting beliefs they were taught about money from generation to generation. These are the beliefs that have kept families at the same level of financial success for dozens, if not hundreds, of years. Rich people, on the other hand, not only teach their kids smart money habits, but they show them that it’s OK to want to be rich and that wealth is possible for anyone who thinks big enough.

15 – They Know When To Stop Working

Hard work is critical for wealthy people, but they also understand the importance of personal time for relaxation and self-improvement.

For this reason, they rarely burn the midnight oil. They know that if they push themselves to continue working every waking moment, they’re only going to end up exhausted, inefficient, and unable to produce beneficial results. The wealthy typically walk away from work by 5 or 6 pm and don’t return to it until the next morning.

16 – They Think About Themselves

First Charity and philanthropy are hallmarks of the wealthy. Sure, some rich people can be selfish, jerks – just like anyone else. But the everyday millionaires who live down the street – the ones you don’t even realize are wealthy, are some of the most giving people you’ll ever meet. However, before giving large sums of money to charities, they make sure they help themselves first! Average people feel they need to save the world and put others before themselves, while rich people take the attitude that if they don’t help themselves first, they can’t help anyone else. Money doesn’t solve every problem, but it’s often a sign of passion, capability, and drive in those who have acquired it.

And here’s the thing… Anyone can become rich! It doesn’t matter your past experiences, where you live, who your parents are, how many times you failed – you have the potential to become wealthy. If you are willing to do what the rich do, you will become rich! Try incorporating these strategies into your life and put yourself in a position that will allow you to increase your riches – both in money and in life.

What do you think? Do you share many habits of the rich? Or the poor? What are some of the things on this list you know you need to get better at? Let us know in the comments below!

If you enjoyed this article, share it with your friends, and be sure to check out our other articles as well. Thanks for reading!