My Dog Is Afraid: Why And What To Do? Dogs can be afraid and scared for many reasons at any age. Reactions to fear – or phobias – are different from one dog to another. But there is no general rule about how they will feel and how they will express their fears! If a good socialization of the puppy is essential to avoid the fears of the dog when he grows up, whether they are justified or irrational, there are solutions for each case, afterwards, if he presents this kind of problem. 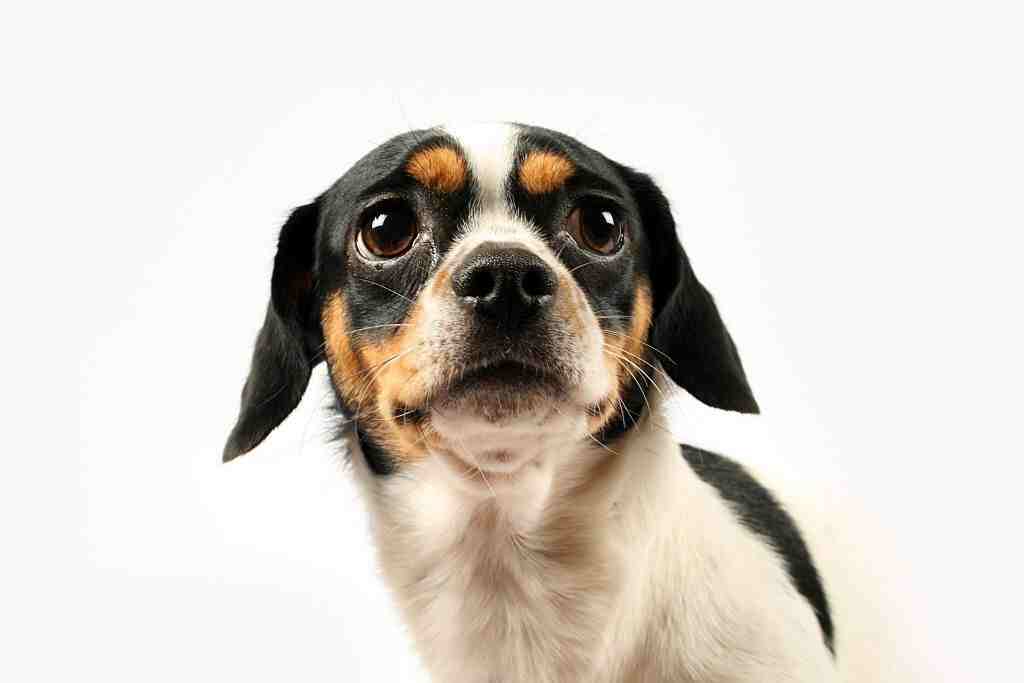 At the end of this article we will show you a funny video that went viral, where a bulldog got scared and ran away after his mischievous owner cut a cake in the shape of a dog.

The footage, filmed in the city of Guangzhou in southern China, captured the French bulldog as he looked curiously at the cake’s icing

But when he sees his owner cut off the dog’s head with a spoon, he immediately jumps up and hides.

The animal that was hanging around the delicious cake suddenly ran away and was looking at its owner from another room.

He then settled down in his bed, curled up away from his misunderstood owner.

We will try to answer these questions

Dogs can be frightened for many reasons at any age. Reactions to fear – or phobias – are different from one dog to another. But there is no general rule about how they will feel and how they will express their fears! If a good socialization of the puppy is essential to avoid the fears of the dog when he grows up, whether they are justified or irrational, there are solutions for each case, afterwards, if he presents this kind of problem.

1- Against the fear of the dog, everything is played from an early age.

A good socialization of the puppy is essential so that, when he grows up, he is not afraid of everything and sometimes… anything!

Also, it is important that the puppy is not separated from his mother too early. And above all, that the living environment of his first weeks allow him to be confronted with various atmospheres and noises: meeting other animals and other people including those wearing uniforms such as letter carriers, for example, children too, while taking care that they respect the animal (and never leave him alone together without supervision), hearing the sound of TV, radio, vacuum cleaner. Being taken to markets, fairs, shopping malls… getting him into a car, engine running… Of course, without forcing things (imposing) and in “reasonable” measures. Without wanting to “teach” him everything at the same time!

A hypersensitive animal (not well enough mothered, anxious, suffering from hypothyroidism, see “What if the fear of the dog was due to an illness?), which is always worried, hyper vigilant, risks feeling fear more quickly in the presence of a fairly innocuous stimulus.

A puppy that has not been well socialized during the first months of life – this is known as “sensory deprivation syndrome” – is likely to develop fears at everything he discovers afterwards. This is the classic case, for example, of dogs raised in the countryside or in a kennel, adopted after three months and arriving in the city.

A dog that has been mistreated in the past can also present problems. Socialization and good education will allow the dog to be well in his head by avoiding certain fears. None of them are irreversible and everything can be managed with common sense!

2- In the face of fear, what are the signs that the dog presents?

3- What if the fear of the dog is due to an illness?

The fear of the dog can be due to an illness, which can cause pain, etc. When the dog is taken to the vet, the vet will first make sure that the fear is not due to a health problem. This will allow him to make a diagnosis and therefore to set up the appropriate treatment.

Hyperthyroidism, a frequent hormonal disease in dogs, can, for example, cause anxiety and fear reactions in the animal. It is then possible that unexplained fears may appear, just like phobias, without the owner really understanding where they come from.

This can lead to a dog becoming “paranoid” and aggressive, even towards its owners. In this case, in order to establish the diagnosis, a blood test is usually performed by the veterinarian to measure different parameters. Appropriate treatment can cure the dog of this disease and help to alleviate and then make the disorders disappear. Behavioural changes are often visible within a fortnight. This kind of treatment is covered by the dog’s animal insurance.

It should be noted that obsessive compulsive disorder (OCD), known in humans, also affects dogs. The causes are also numerous. Here again, they can be linked to a nervous or behavioral disorder: stress, boredom, inadequate living conditions. There are treatments that must be implemented by the veterinarian after the diagnosis has been made.

4- The fear of the veterinarian: it is not their “buddy”!

The puppy or older dog will have to be taken to the vet regularly. If only for his vaccine reminders, in case of illness, accident, etc… Many dogs don’t appreciate this kind of appointment! As soon as they arrive in front of the clinic and before entering the waiting room, they are already pulling 4 irons!

There is no real solution. The only thing to do is to drive the dog by placing it in a transport crate in the car (or smaller, hand-held for small dogs). You can also use soothing products (such as natural pheromones) to reduce the stress of this visit. A good walk before going to the practitioner can also take their mind off the visit.

5- Fear of thunderstorms, firecrackers and gunshots

A thunderstorm bursts, firecrackers are thrown, fireworks are fired and panic breaks out! The dog takes refuge under the bed or under a piece of furniture; or shakes with all his limbs… There is no point in trying to protect and reassure him at all costs. This often only increases his fear. In addition to the noise that frightens him, the dog may also feel his master’s “panic”. This only adds to his discomfort!

A study conducted in New Zealand estimated that 46% of animals show fright reactions to fireworks and firecrackers that are intense enough for their owners to notice them.

While some dogs, such as hunting dogs or those undergoing work or character tests, are not accustomed to the sound of gunfire, all dogs are far from being stoic in the face of many outside noises either!

As a preventive measure, a noise CD can be used to make the dog listen to various sounds (those he is afraid of) by gradually increasing the volume from day to day. During the broadcast, distract the dog’s attention: play, toy, treat, etc. This is not a “miracle” recipe, but some owners have obtained good results by doing so.

6- Fear due to transportation, occasional or permanent change of life.

In case of transportation, especially for vacations, therefore a change of location, but also following a move during which the dog will have to familiarize himself with a new place, can lead the animal to be anxious and therefore afraid.

For the most sensitive dogs, there are “soothing” treatments – either medicated or non-medicated – that can be put in place a week beforehand and then extended for a while afterwards.

Phytotherapy products, homeopathy, food supplements… can also help the dog to overcome its fears and have interesting effects for the fearful and anxious animal.

Consultation with a behaviorist veterinarian can help the owner anticipate any changes or deal with any problems that may arise afterwards.

So we come back to our video that summarizes this article and shows that the dog also has feelings and understanding.

And don’t forget: Never do such heartless thing…in front of them…they too have feelings….